We're here to make every important aspect of your customer experience a little bit better.

We help you make money online!

Social media marketing is powered by data, scaled by automation and optimized by analytics.

A sales funnel is a marketing campaign with a series of steps designed to guide visitors toward a buying decision.

It's about getting the right message to the right customer at the right time.

People are now the media!

The only thing that's constant is change.

The two most valuable property that you will ever own is your website and your social media brand.

The ROI of social media is the sum of all social activity that creates value.

Social media management is an art and a lot is required to achieve success and high ROI.

Social Media is a perfect waste of time.

social media is in our dna.

Helping You communicating the right message at the right time in the right channel.

We help You save time managing your social media today with Hootsuite.

W'll help you build lasting relationships with buyers who appreciate your ability to meet their real needs.

We focus on providing you with resources, answer your questions and offer you advice.

W'll help you improve the performance of the one-on-one personal communication that happens in social media.

Taking Relationship to the Next Level, Human 2 Human.

W'll help you make social media a money earner not a money burner.

We are here to inspire, educate and engage our community.

We are here to serve you and help you succeed.

Social media is not for selling, it's for building trust.

How TikTok Has Kidnapped Our Attention

TikTok is a social media app based on memes and repurposed content. It's fast-paced, seemingly arbitrary nature encourages introverts to express themselves and gives busybodies a reason to concentrate - every video has a chance of going viral, and each one is short enough to hold our attention. Swipe one video up, and another instantly plays. It's a never-ending reel of joy, the gift that keeps on giving.

If each TikTok was a gift, we wouldn't have time to unwrap the paper. The speed of the app fills our time long before we've had the chance to look at the clock, and suddenly hours have passed by with clips we've watched more than once. The same sounds and videos are on repeat, but somehow not as annoying as we once imagined.

Except for its similarities with the discontinued app Vine, which also showcased short videos, TikTok is different from other social platforms. It doesn’t ask for your preferences before providing content – you’re projected into a continuous loop as soon as you join. TikTok knows the extent of your interests: it’s the restaurant that has appetisers on the table before you’re in your seat.

Droplets of rain in a dangerous storm 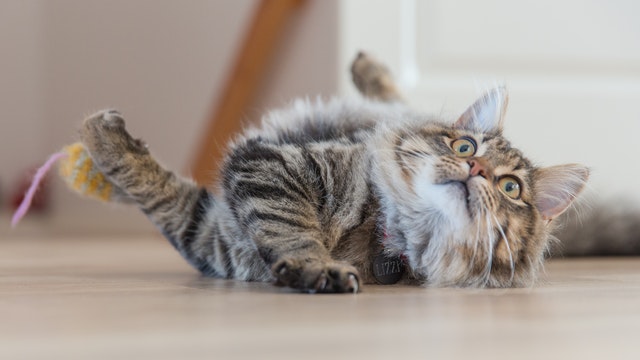 If you lived in a country where there were frequent thunderstorms, you might appreciate it when there was only a light shower of rain. It wouldn’t be as good as sunshine, but it would cause less destruction and still nourish the crops. In essence, TikTok videos are refreshing droplets like these, filling our glass half full with splashes of entertainment.

The app is a form of escapism. Unlike other social media apps, it doesn’t make you feel like you should be connecting with your friends, sharing the highlights of your life, or educating yourself just by being there. You can be on the app with no excuse, exist without an explanation, and the algorithm will serve you whatever you want.

TikTok’s parent company, ByteDance, has heavily invested in artificial intelligence in recent years, which makes sense, given that the powerful algorithm can capture our attention with things we never knew we liked: people squishing their pets’ faces to the sound of the Windows theme and pretending someone else’s more female-looking legs are their own. TikTok is one of a dozen ByteDance products, a number of which are powered by AI.

Each of these platforms, including TikTok, collect aggregate data and use it to improve their algorithms. This same data is then used to improve their platforms – creating a continual loop TikTok users experience in bite-sized chunks. This is known as the virtuous cycle of AI.

TikTok shows each video to a small number of users in between popular videos to keep them engaged and find out which videos they are most interested in.

The algorithm measures how much of a video is actually watched, as well as how many likes, comments, shares, and downloads it receives. It seems the ratio is around 1 like for every 10 views in order to trigger the algorithm.

If a video blows up and receives a considerable amount of likes in a single day, the video will be pushed out to more people, causing the creator to experience waves of engagement.

TikTok users can find all of this content bundled into the “For You” page, which machine learning constantly refines and optimises, and the “Discover” page, which lists trending hashtags and their coincided videos. The videos that are thought to be personalised, and therefore gathered “for you”, play without being prompted, acting again like a waiter who hurries to refill our drinks just by the look in our eyes.

As we swipe past the videos we don’t really like, and pay more attention to the ones we do – watching them on repeat, trying to figure out which dance move comes next, or how to simultaneously jump and balance on someone's back – we are teaching the algorithm. TikTok knows what to feed us next, so much so that our preferences and the algorithm’s suggestions blend into one seamless potion: creating a cocktail that everyone, even our grandparents, wants to sip.

In the world of TikTok, replicated content is king – not their owners. Anything that can be shared, copied, or mimed, is good content, and new videos that build upon this content will circulate the app until the next best thing. TikTok is a museum that replaces the art every time new visitors walk in, even if the new masterpiece only has an extra splash of colour.

Climbing the stalk to reap the fruits 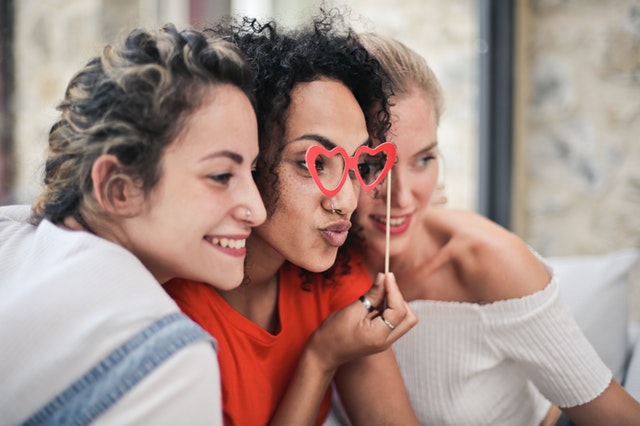 TikTok was never going to fail. It had the advantage of learning from Vine, the American entertainment app that had a similar premise, and since it died out, there was a gap in the market for TikTok to swoop in.

The thing Vine did well was becoming the go-to tool for creating short-form videos without actually meaning to go viral, which not only confirmed that their idea was good, but allowed them to create a culture straight off the bat with thousands, if not millions of people already engaged. Twitter didn’t give a reason for the closure of Vine at the time, but it was suggested there just wasn’t enough money to keep it going, and the innovation wasn’t really there: six-second videos became mediocre, so TikTok gave us more. TikTok now allows users to create videos up to one-minute long, even better than their initial limit of 15 seconds.

As well as that, ByteDance is best known for its mobile-first entertainment apps, and they tested an early meme-based app like TikTok before it was shut down in 2018. Now we can see its journey, TikTok is the egg birthed with years of experience, and we are the palaeontologists who have been studying this sort of thing for years: social media apps like Facebook and Twitter have been preparing us for something like TikTok since the very beginning – every time we respond well to something, they enhance it, and when we turn our noses, they’re replaced. The range of people who enjoy certain content is clear, and this data has allowed them to form a new creation that accomplishes all.

TikTok doesn’t discriminate. The cohort of celebrities, music artists, and well-known actors creating videos tell us this, in a voice just as loud as the ones we hear in TikTok videos – you don’t have to be popular, good-looking, or clever to be on TikTok, you don’t even need to be you – you can be whoever you want, and if you’re one of the lucky ones, you might gain millions of views.

With such a free-flowing nature, the app takes away from the hustle and bustle of the world. Each video shows us a natural representation of normal people, in all their forms, and people being mean or upsetting others seems few and far between. There are kids, families, dogs, grandparents, teachers, celebrities, and influencers all in the same space, and for the first time in a long time, the divide seems non-existent.

Even just recently, TikTok announced celebrity-hosted daily live streams featuring Alicia Keys, Megan Thee Stallion, Jason Derulo, and other well-known artists. While at the same time, if you swipe up, you’ll find police officers dancing upside down against a wall, baby sharks in a $22,000,000 building, and someone diving from a balcony into a pool, with their phone duct-taped to their croc footwear, while someone sets off a paint cannon into the air.

There is something for everyone to watch, and a plethora of videos for people to recreate. TikTok is a game we’ll never get bored of, though maybe one day it won’t be a game – it will be our entire lives. A TikTok simulation. 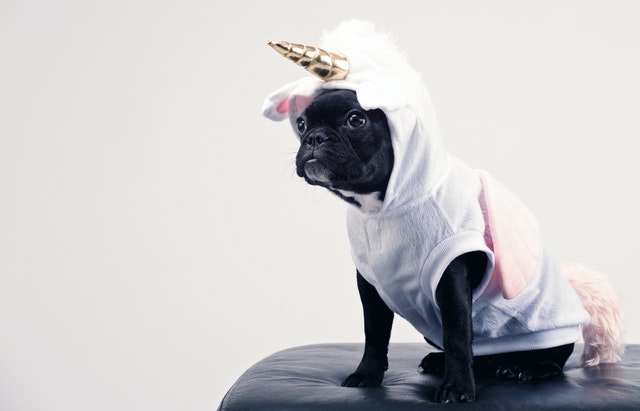 Like other social platforms, TikTok needs fuel to burn and make things spread like wildfire. Without our content, it would be a stage without entertainment. Like a toy grabber in an amusement park, we give TikTok our attention every day, completely unbothered by what’s going on around us. We never lose, though, because it isn’t a winning game – nobody can ever pick up those toys, and TikTok is too, non-judgemental.

People all over the world are downloading TikTok - over 1.9 billion of us to be exact . Our favorite celebrities, influencers, and musicians are promoting their TikTok videos on other social platforms, showing the power of digital marketing and acting both as entertainment and ammunition to promote their existence. It provides double the fun and exposure: being so short makes them shareable, at the same time as making other people more likely to watch.

When everything else requires a reason, TikTok asks for nothing. Yet, somehow, it still gives us just about everything.